We’re on our way!

We’re on our way!

After an emotional goodbye at the station, I left to meet Ricky at Kings Cross St Pancreas. 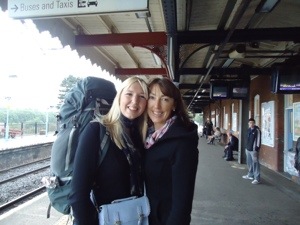 We checked in and boarded the Eurostar to Brussels, changing at Brussels for Cologne. When we arrived at Cologne you couldn’t miss the cathedral..

And our hostel was 3 mins walk away.

We headed out and found a beer hall. After a long deliberation at the drinks menu, the waiter walked over and said two beers?

We had currywurst and chips which was amazing. What was even better was as soon as you finish a beer they walk over with the next one, no questions asked and mark a beer mat with how many you have had.

We visited the cathedral- Dom. Ricky kindly pointed out the four wise men!?

We went to the Rhine park, on the bank of the Rhine which was gorgeous. 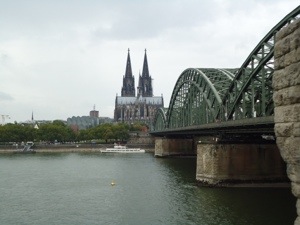 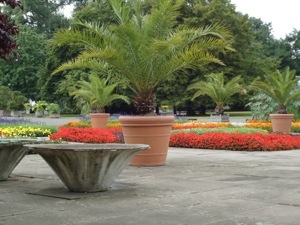 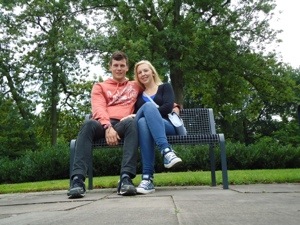 After lunch we went to a Gestapo prison which is now a museum. Upstairs was an exhibition about war crime trial against Adolf Eichmann, but downstairs was the cells where prisoners of the Gestapo were kept and they had scratchings and drawings on the wall, very creepy.

We met one of our roommates back at the room who was travelling Germany playing the steel drum and the didgeridoo! He played and beat boxed for us!

We walked through town and down some little cobbled streets for dinner by the Rhine, and it wasn't sausages which was nice.