There’s nothing like coming home for Christmas. Technically Auckland isn’t my home but I have adopted it as such. Shunned by the rest of New Zealand, I have made it my mission to convince people that this city is loveable.

Food first. After two months away from friends the first port of call was catch ups, you know, the gossipy type which is impossible to do over text. The type that require a cake blended into a shake, then gorging yourself on Turkish food until you struggle to walk.

As iconic as the Skytower, New Zealand’s youngest volcano is an iconic part of its skyline. A short ferry hop from the city and you can be standing on its rocky shores, climbing to reach panoramic views back to the hubbub of city life, dazzled by aquamarine waters and the paths of boats. We walked the gentle incline to the top, stopping to delve into lava caves, left as a hint of the fiery explosions which formed this landmass. 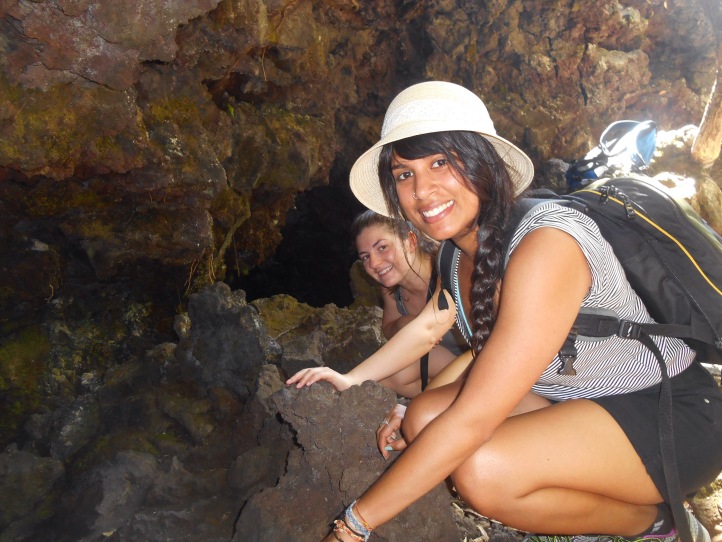 With Ricky’s family visiting the city, a return trip to Devonport was necessary. Treating the feet to a walk along the coast, around north head and the gun fortifications and finishing the day off with beer and hot chips.

Finally, FINALLY, I made it up the sky tower. The lift shot up 52 floors, a glass panel revealing the city on the way up. As much as this is an activity most people do in their first week in the city, it was so interesting to piece together the different parts of city life from a birds eye view, “oh that’s where I ran to,” “that’s where we fed the ducks” etc. I didn’t realise quite how shaky my knees would get trying to cross the clear glass floor 52 storeys up. 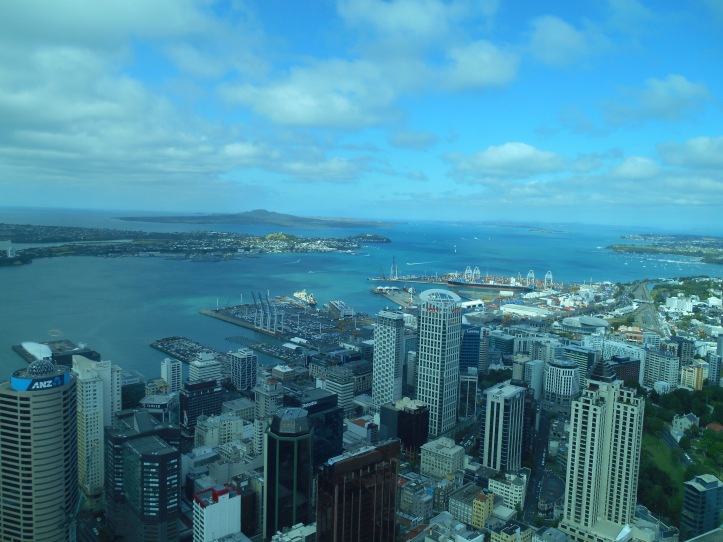 I joined Ricky and family to the northern beaches of Orewa to get in some pre Christmas sunbathing, frisbee practice and fish and chips on the beach.

On Christmas Eve we had a Christmas sleepover. Crackers, hats and jokes, cheesecake brownie, the Christmas Eve tradition of new pjs was continued and there was a mandatory screening of Elf as we transformed the den into a duvet palace and got festive. We welcomed in Christmas Day and then got tucked up fast so Santa could fill our stockings. 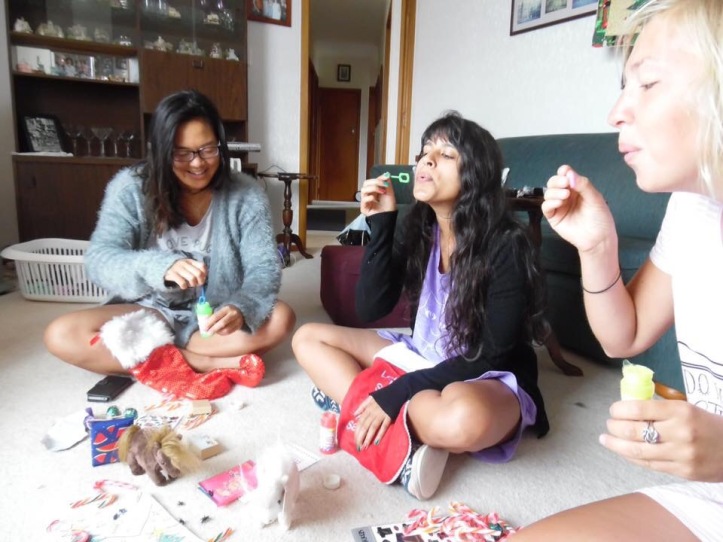 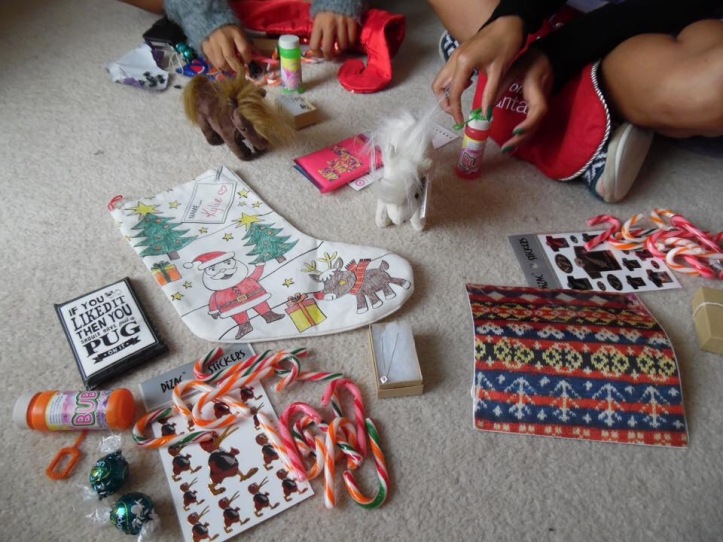 When you think Christmas in Auckland, you think Franklin Road. This road goes all out with Christmas lights and makes the steep climb entertaining with carollers and festive buskers. We saw a projection of Santa delivering presents, reindeer throughout the gardens and festive glittery, sparkliness. It even rained to make it feel more like Christmas weather.. 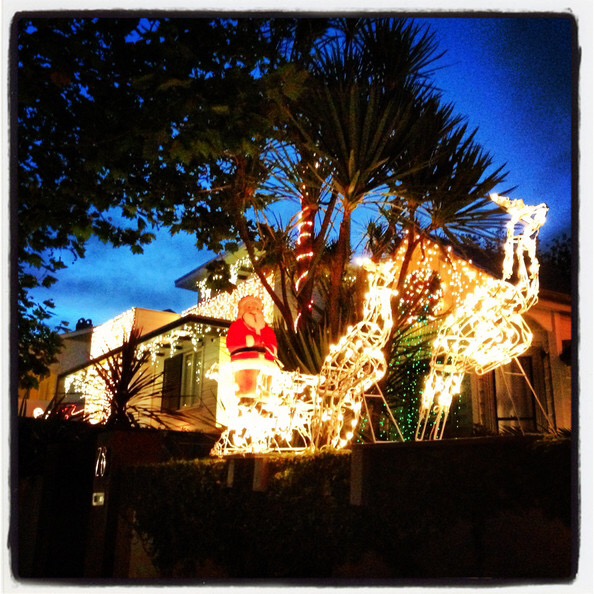 On Christmas Day, the English and the Scottish combined with the Kiwi festivities to produce a beautiful meal. We introduced Yorkshire puddings soaked in gravy, and we accepted pavlova as a kiwi token. 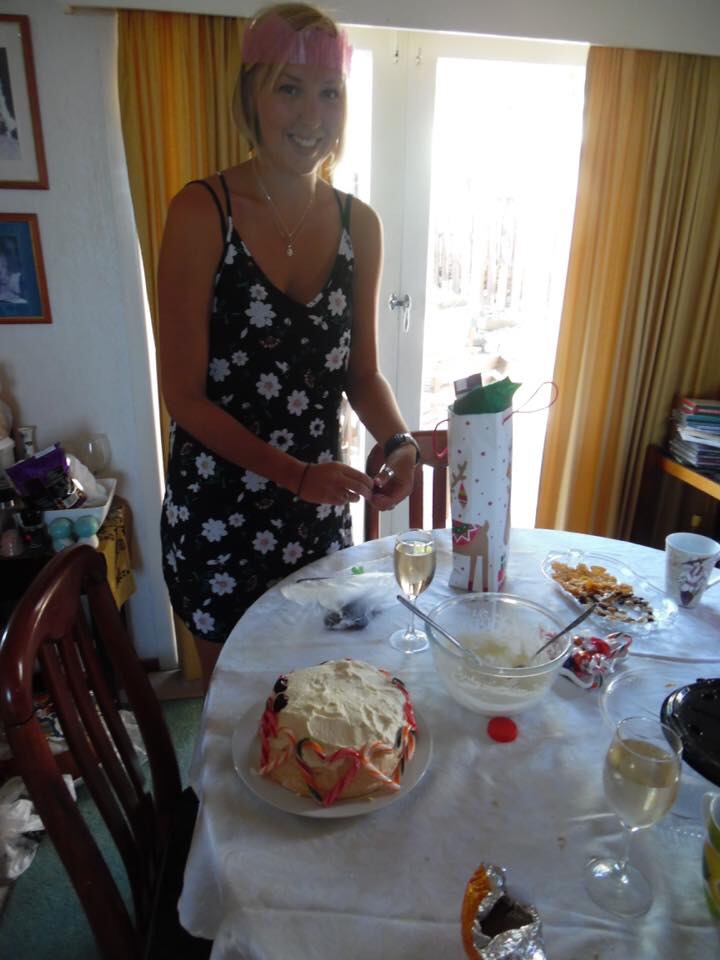 Boxing Day races
Far from Boxing Day at home, the sun was out in full force as we dressed up and headed for Ellerslie to associate with Auckland’s finest. We deciphered the betting systems in time to place an unsuccessful bet on our favourite, but enjoyed people watching as girls and guys passed in their finery and drinks flowed. 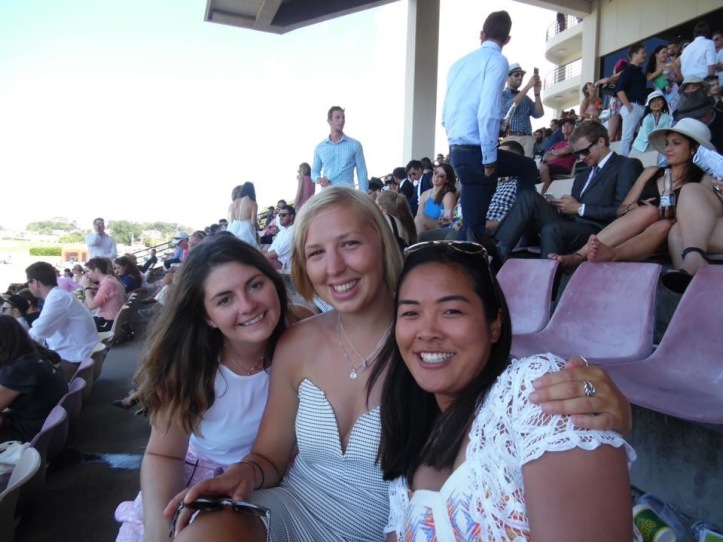 As always, it was a sad goodbye as I left for the South Island to celebrate New Years.