In the early morning we left the dry heat of the north for the humidity of bustling Mumbai. The contrast was immediately apparent. As we were taken along the water and into the city it felt much more like the India I was expecting. Modern skyscrapers meeting the ocean made for an attractive approach, however there was much more ramshackle housing, communities happening right at the roadside. Mumbai’s 20 million are living in much closer quarters, the contrast between rich and poor appearing far more clearly.
The humidity was far more stifling than the hotter north. We were taken to the Gateway of India, the area with the most obvious colonial stamp. This is architecturally beautiful, the Taj Mahal Palace sitting right on the waterfront with its beautiful domed buildings. We got out to fight the crowds and board a boat to Elephanta Island where carvings form caves in the rock for Hindu temples. Everyone pushed and fought to get onto the wooden boat, once onboard sitting quietly with enough room for everyone, and we made the hours journey through the port where cargo ships, cruise liners, luxury yachts, fishing boats and oil tankers all contended for space.

At the island it was a 120 step hike up through market stalls and sellers to the entrance and we were all dropping by the gate. Inside we rushed for the shade of the Shiva temple. Several pillars announced the entrance into the first and most impressive cave, dedicated to Shiva, where huge carvings in various states of disrepair remained all along the walls joined by depictions of idols and scenes. 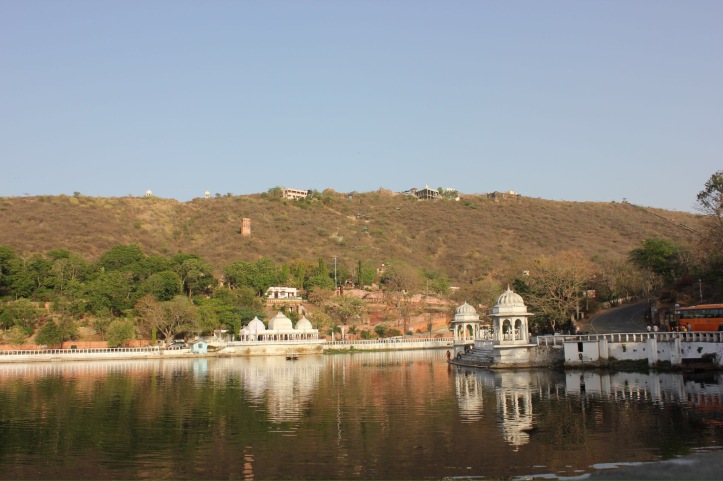 There were 4 more main caves and a few side caves, all bored out as temples, guarded by mischievous monkeys who intimidated visitors until they dropped their icey kulfi on the ground, then they sat gloatingly on the wall enjoying it. 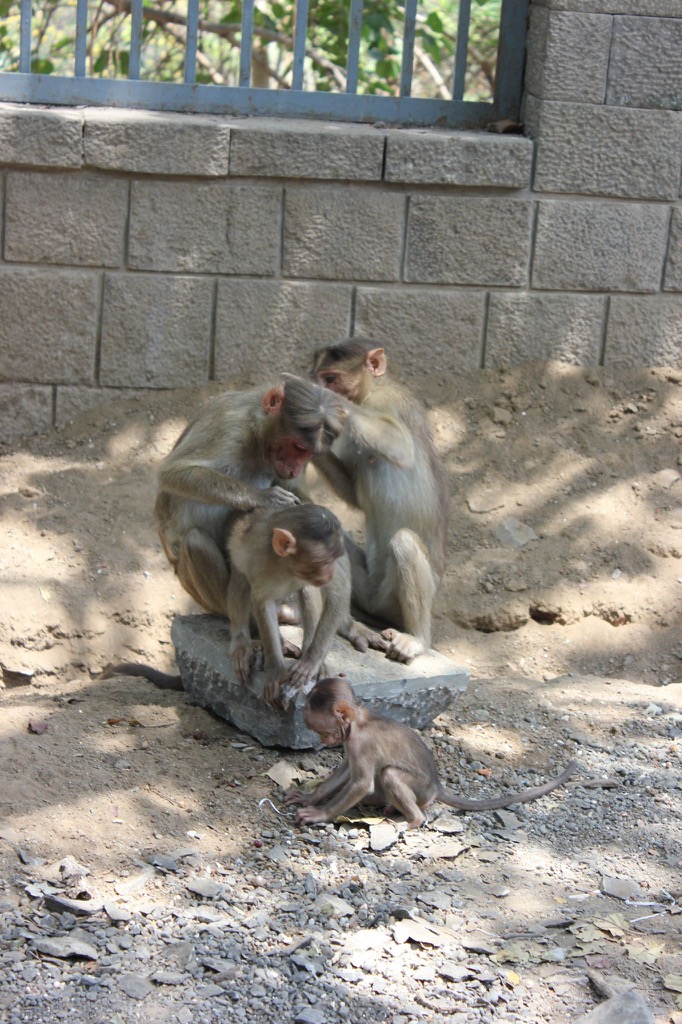 After we had sweated about 7 buckets each, we made for the exit and the long boat ride back again. Impressive as it was, you couldn’t pay me to take a second look though!

We then set about Camera shopping in Colaba. Indian style it is perfectly normal to part with your money at nothing more than a stand in the street. The sellers get out their well loved brochures, grab your interest and then take you to a warehouse. Deciding that although the setting was less than ideal, the products were legitimate and sealed, I parted with lots of my hard earned pennies in exchange for a dSLR. Watch this space.

On our evening walk to the restaurant we got even better acquainted with Mumbai, getting slightly lost in its many streets. The night markets were in full flow, everyone vying for your attention. There seemed far more pushing, far more urgency, more aggression in the moving traffic, more action. There was more evidence of begging, but somehow it felt very modern and established, even beautiful. It was a taste of the love it, hate it confrontation I expected in India.

The next morning it was goodbyes as I was parting ways with the family. They had one more day in the city whilst I was flying south to Goa. Carelessly booking a flight late at night meant I was leaving the day before them, not after them but somehow I was relieved I was doing the goodbyes. My taxi made out of the city, on the way the wheel axel breaking and us skidding to a halt on the highway. Still, one traffic cone and a phone call later, I was in another cab out to terminal one.