Cougar in the kitchen and other stories

The one with the Cougar in the Kitchen

Word on the street is these big cats are around, but whilst they observe us often, if you set eyes on one it will probably be just before you become its lunch.

The morning of 26th July was just like any other. The morning boat load left for a whale watch and we busied ourself preparing the days food. We were smoking salmon for dinner and Ray was to watch the temperature on the smoker, altering it at different intervals. With his chair set up next to the smoker he began gaming on his phone. Kelly quietly placed her food order a few metres away, I read a book and Monique was in the shower. At around 11.30 Ray squeals and shouts Cougar. It’s final footprint had crunched a leaf and he turned around expecting a squirrel to find a cougar within a metre of him. In his best attempt to get big and scare it, he danced around like a monster fresh from the scare academy in Monsters inc, hissing at it as if it were a regular size cat. Kelly chucked me a stick and we both ran up to see a definite Lion sitting, now maybe 3 metres away, next to our pantry in the undergrowth. Kelly ran for the radio, ‘Osprey, Osprey, Orca Dreams.’ JD came through ‘Hey Kel, wanna go up one?’ Now on Channel 8, off the whale watching channel she calls, ‘Cougar in the Kitchen, Cougar in the Kitchen..’ A brief pause is followed by ‘Is everyone okay? Get to the water!’ We now notice two cougars are sitting together in the bushes, calmly giving us eye contact as we gather.

My persistent calls to Monique had not been answered as she was in the shower so I tried ‘Monique, this is not a joke, there is a Cougar in camp, get to the beach.’ Kelly added, ‘it’s heading your way..’ and within seconds she was on the rocks, just in a towel, holding her clothes looking a little peeved.

Five of us clambered into the dinghy which was not the most watertight at the best of times. Now Ray with his foot on the paddle seemed oblivious to us taking on water and was trying to show us the photos he had snagged of the cat. Monique was not best pleased, ‘Ray, I’m not dressed and the boat is sinking, just paddle!’

Both boats which had been out on their morning excursions returned and with the youngest and tastiest waiting on the water, a group of us returned to camp to see what felines remained. They had slunk off, unimpressed leaving us to gather ourselves and try to resume life. It took a few days to stop walking around camp with a large stick, but every time I walk to the pantry alone I’m sure to clap. It’s what Parent Trap taught me is failsafe.

The one with the bucket shower

With summer in full force, our water supply which is Spring fed was ran low, so low we were on water restrictions. With the shower turned off it left two options. Some picked the icy 10 degrees sea water, so cold it replicated brain freeze in all limbs. After several days of hot sun and a fast paced morning of housekeeping I opted for the bucket shower. With a giant plastic bucket filled a third full, I attempted to wash systematically but eventually gave up, dunked my head into the cool water to be done with it. What was once glamping had truly become rugged.

The one with the birthday

Moniques 29th birthday fell on a pancake morning. Whale shaped pancakes were in order and the guests joined in with a round of singing. The sun shone and the afternoon was enjoyed with a few jugs of sangria on the beach. 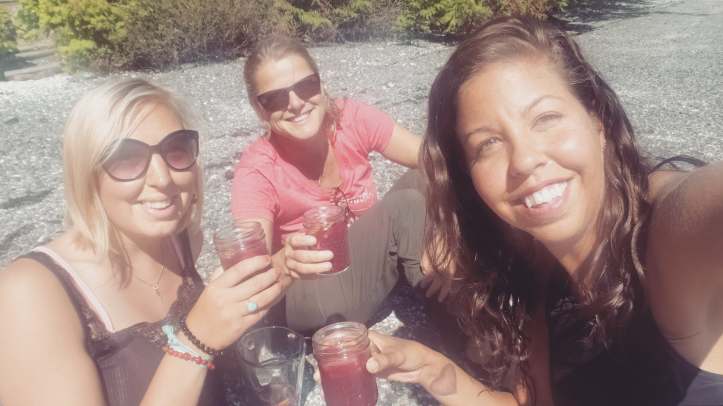 The one with ‘what the staff really get up to..’

As well as being a retreat for whale watchers, this little place is our home and in the quiet moments has become home to the ridiculous things we do to keep each other entertained. Unbeknown to the guest we started a game of Live Cluedo and each had a mission to orchestrate each other’s murders around camp. It was hard to conceal our excitement at the successful kills and led to some confused guests when we ran around saying things like “Ryan just got killed in the kayak shack” and “Can you help me get the gaff so I can kill Ray?”
Amongst reruns of Bananagrams and arguments over regional spellings, we’ve played our fair share of ping pong tournaments on our slightly less than regular table. One morning with the camp vacated, Kelly, Monique and I had an impromptu dance party on one of the decks and this moment of moving meditation is one of my fondest moments of a fun filled summer in this special place. And of course, the intensity of living on a small island, removed from reality for the summer has made things like irregular shaped carrots and valley girl accents a little funnier than they would otherwise appear. 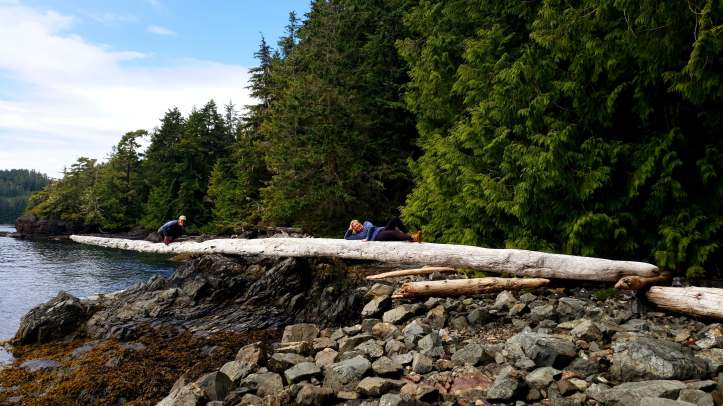 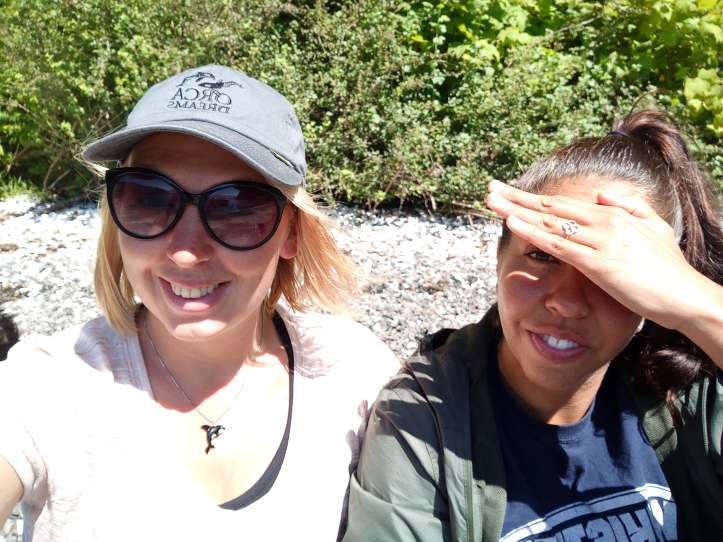 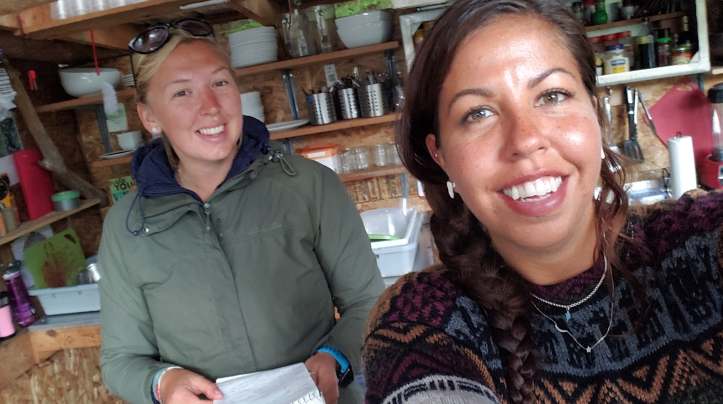 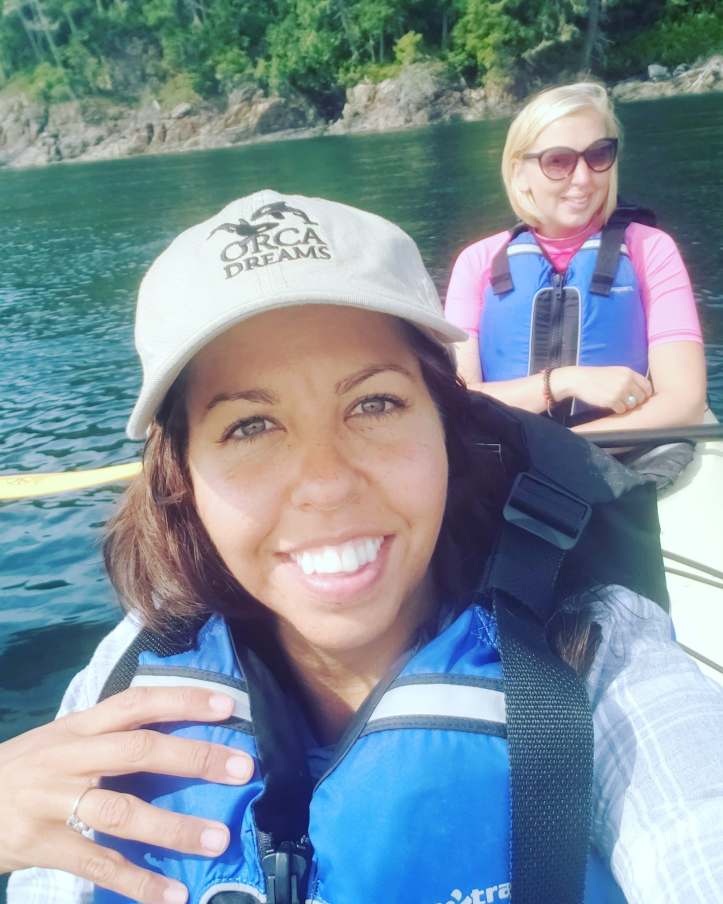 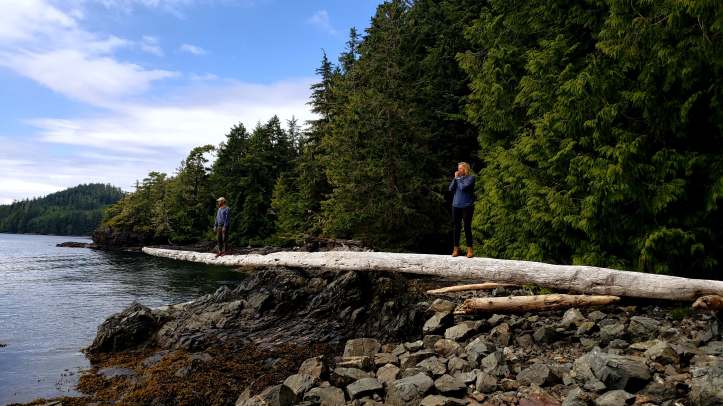 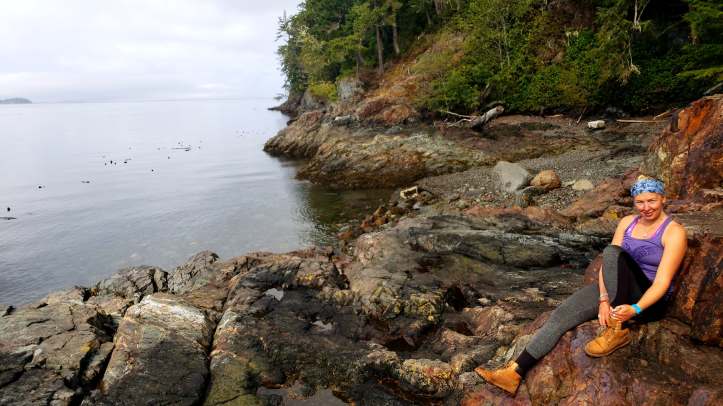 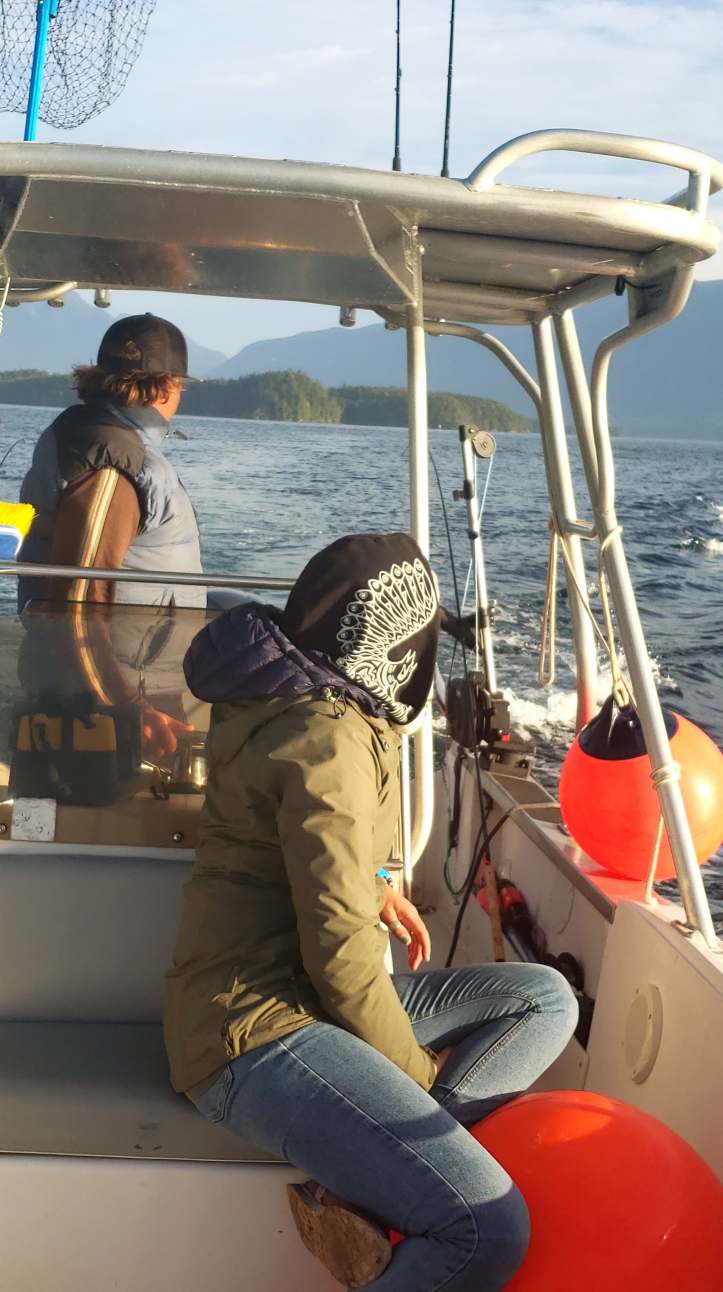 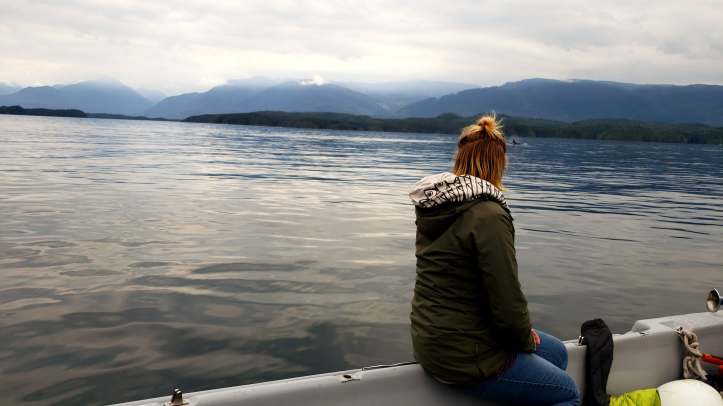 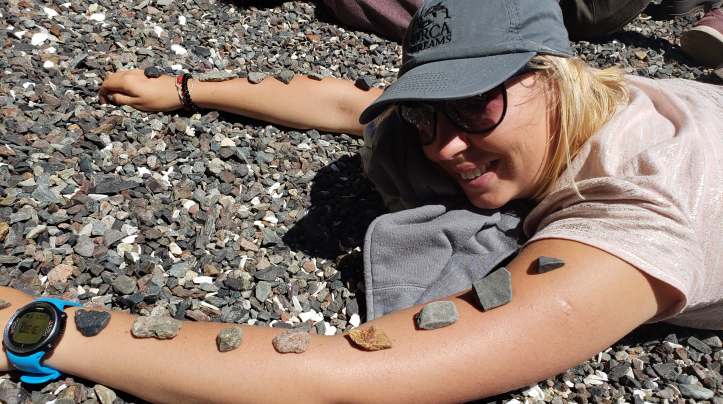 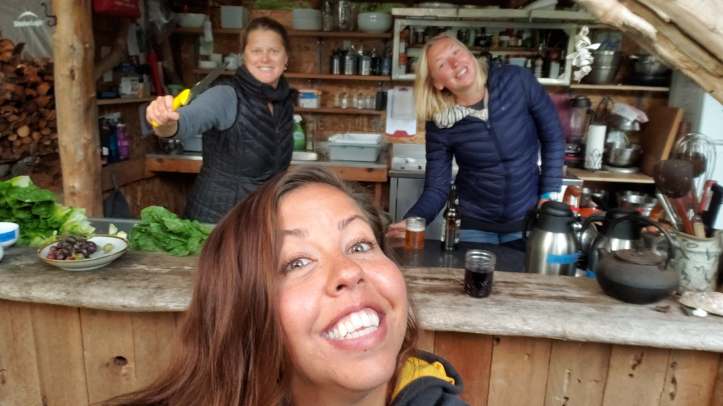 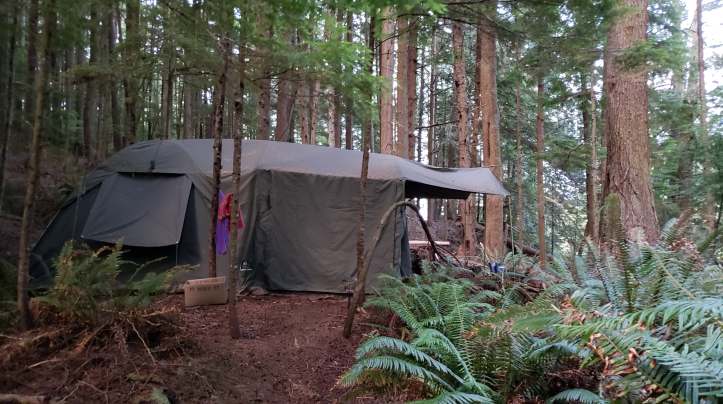 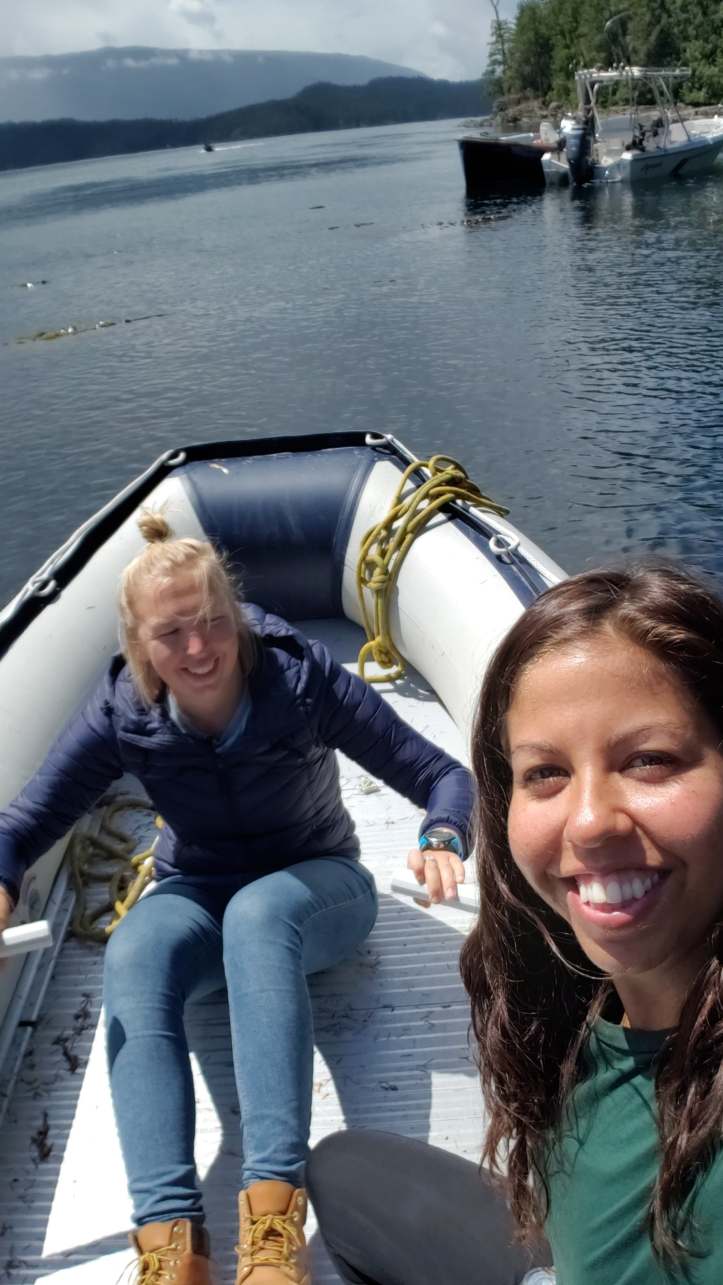 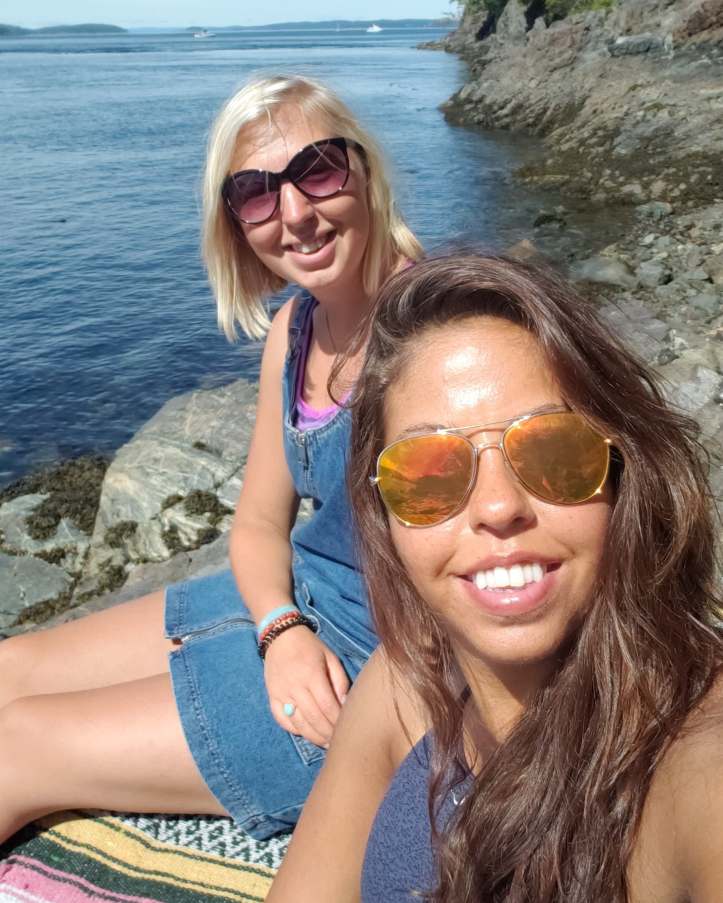 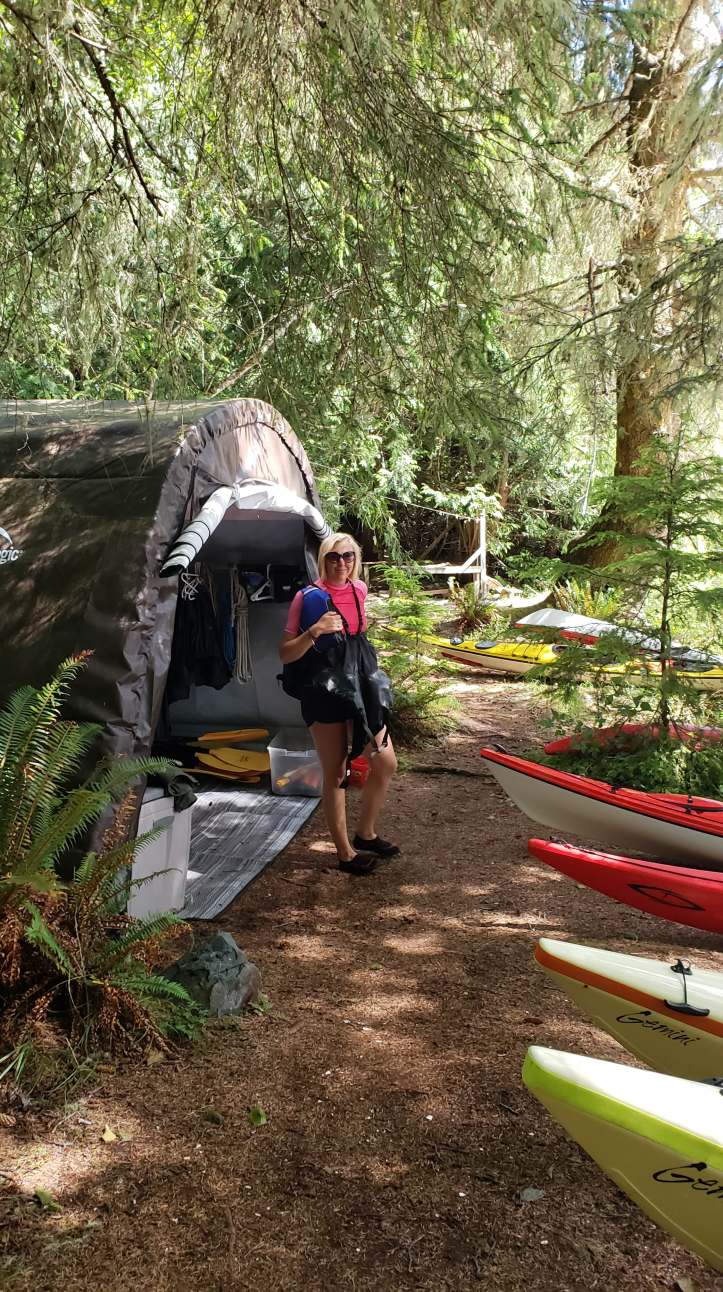 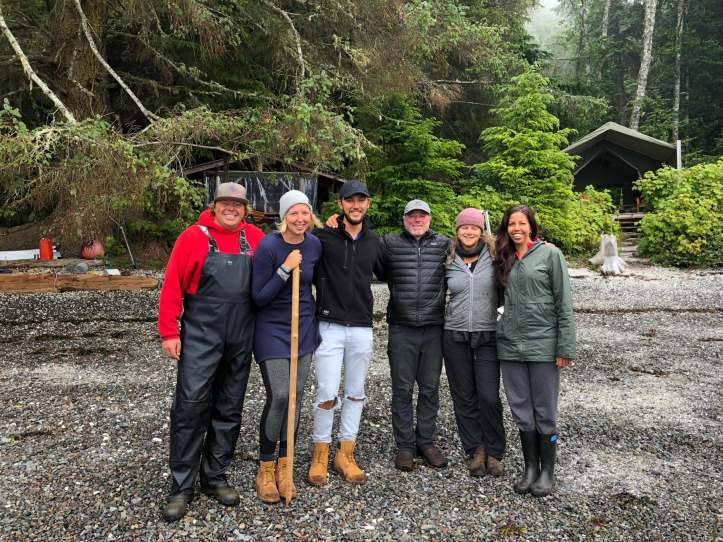 The one with the Trade Bead

Beads were a trade item between European ships and the First Nations people of the Pacific Northwest.  A fascination with beads can be seen throughout thousands of years of culture prior to European contact and so many trade ships used glass beads, typically blue or black in colour to trade for essential items like food or pelts.  Privileged as we are to be living on an Indian Reservation, a settlement site of thousands of years, these colourful beads wash up occasionally, showing bright against the white shell base, and in a strange way, it always seems these beads are not so much found, but find you.
Orca Dreams is a whale watching safari based on Compton Island in Blackfish Sound. JD and Kelly are Vancouver Island locals who host guests in the experience of a lifetime. Find out more at Orcadreams.com