I promised to try and blend in as much as possible and not interrupt Bex’s work schedule, however she seemed pretty good at distracting herself. After taking over every procrastination job she started we eventually gave up and headed for the coast at Clevedon. In this quaint coastal town we had lunch and a walk along the blustery promenade. The rocky beaches gave way to a pier and a view of the Severn bridge beyond. 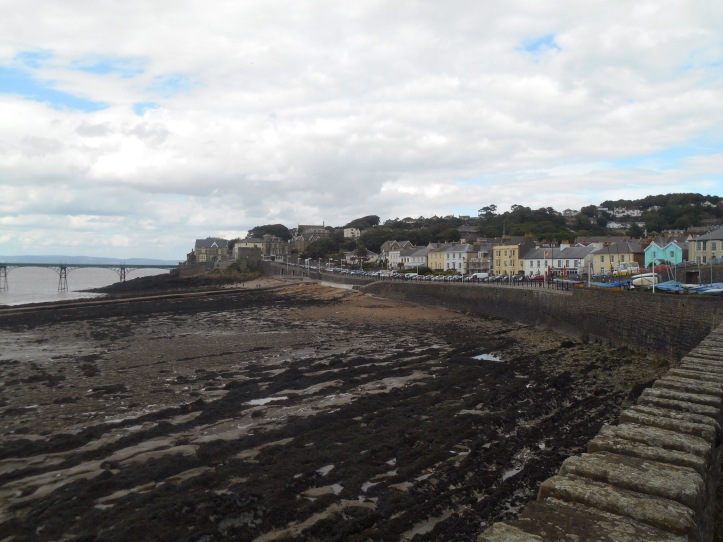 We had a relaxed evening meal, joined by Pippa and mum who was to stay for a few days.

The next day was Stonehenge which has been on the list for ages, a UK icon. While Bex gave us the cold shoulder, ‘too cool’ for Neolithic rocks, mum and I headed to Wiltshire to see this fascinating site. It was a long and windy drive as we bounced around the country roads in the land rover.

Stonehenge was pretty spectacular despite having seen it replicated many times before. The site is said to have had significance long before its 4500 year old rock circle we know today. The outlines of avenues towards the sun and burial mounds in alignment show that people chose this site long before. The state as we know it now started out as 56 pillars in concentric circle and then that was reformed to make the giant sandstone circle, each pillar with a horizontal lintel on top. These huge rocks are estimated from around 30 miles away, a massive feit, dwarfed only by the fact that blue stone from the hills in South Wales were placed in the middle. Said to have healing properties, this has given a mythical meaning to the site with historians suggesting that people made pilgrimage for healing and have supposedly found remains to back up severe injuries and ailments.

Another interesting thing is the suggestion that a few miles away at there was a woodhenge and this is where people lived and worked. Reminiscent with other cultures, what is made in wood is temporary and for the living, what is made in stone is permanent and for the dead.

We retraced our steps along the sunny country roads back to Bristol where we felt that Bexs homemade birthday cake was in order, although slightly early. As the night drew on we were restless and opted for a nighttime drive to go stargazing. We drove away from the lights of the city, a bag of popcorn in tow and looked upwards to spot shooting stars.

Bex, mum and my birthdays fall within a week of each other and we like to maintain (despite reality) that it is our tradition to do a day out to celebrate all three. This year we nominated the 10th August as the honorary birthday for all three of us. It started well with a birthday breakfast of waffles and goodies, unwrapping gifts and then getting presentable for a days exploring.

We drove further out west to Brockweir, a town just on the river Wye, the marker of the English and welsh border. We approached it from the Welsh side, crossing back into England for a walk along the quiet river admiring the serene habitats of birds and plants alike.

We had lunch at ‘the village shop,’ a small volunteer run cafe which was as quaint as it was entertaining (and then frustrating) to watch the man on the till puzzle with calculations and change.

We then visited Monmouth which meant crossing in and out several more times to visit this welsh border town. In an upstairs cafe we met Gramps for a birthday hello. 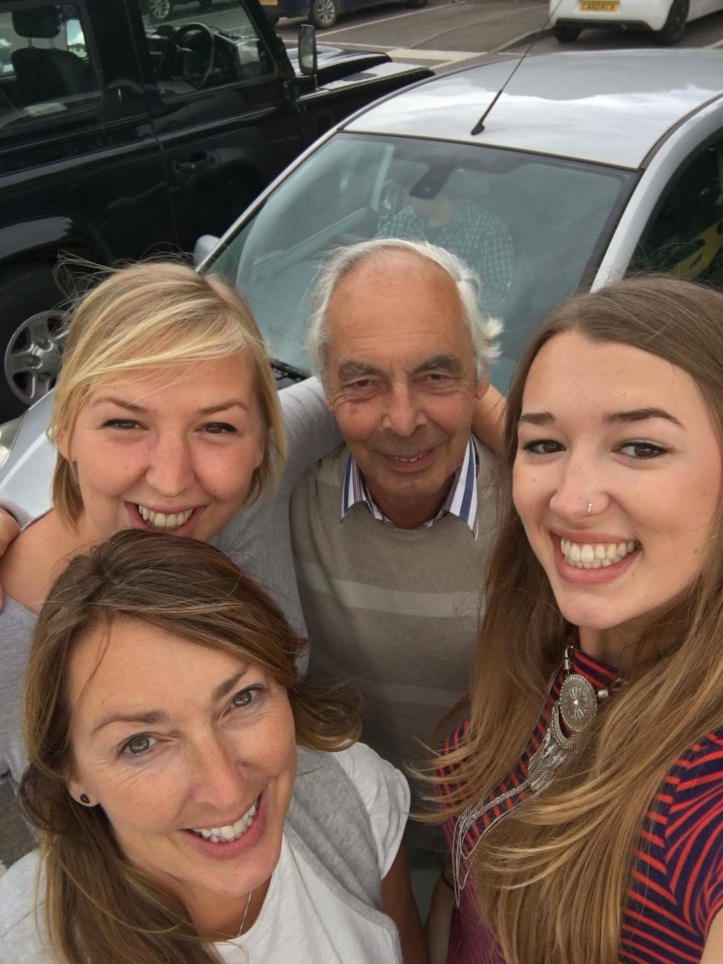 On another of Bex’s work days I set about to get to know this city which she calls home, and I am growing ever fonder of. I joined a walking tour with only one other and our guide who set about to educate us further in Bristol’s ‘B’s, Banksy, Brunel and Balloons.  Furthermore Bristols great influence being the place Simon Pegg met Nick Frost, David Williams met Matt Lucas, Skins made its name for itself, as well as the birthplace of JK Rowling and Cary Grant.

We walked through upmarket Clifton with its bridge, parades of beautiful town houses and vintage markets, down to Brandon hill and then along to the city centre and harbour. Atop Brandon Hill stands the Cabot Tower, a memorial of the journey taken by John Cabot to discover the land now Canada, his name anglicised from the Italian Giovanni Caboto. The tower was an excellent vantage point over the historic city and down to the SS Great Britain, Brunel’s magnificent ship standing in the harbour. 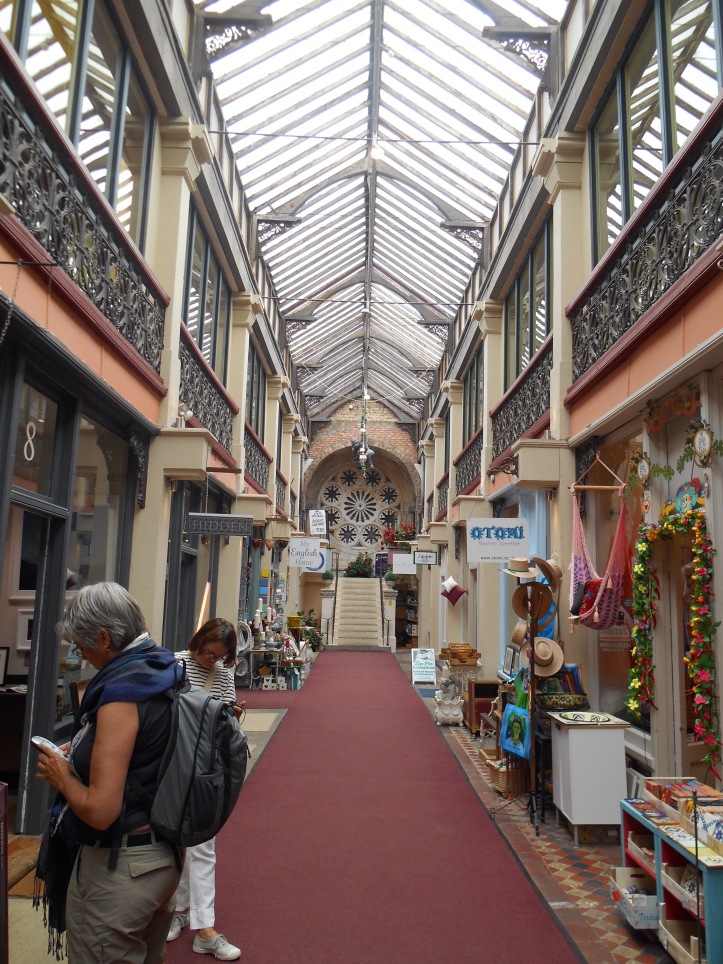 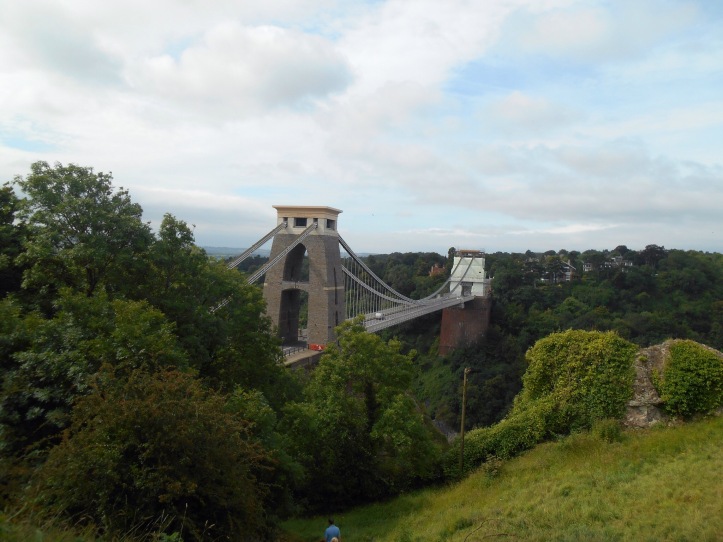 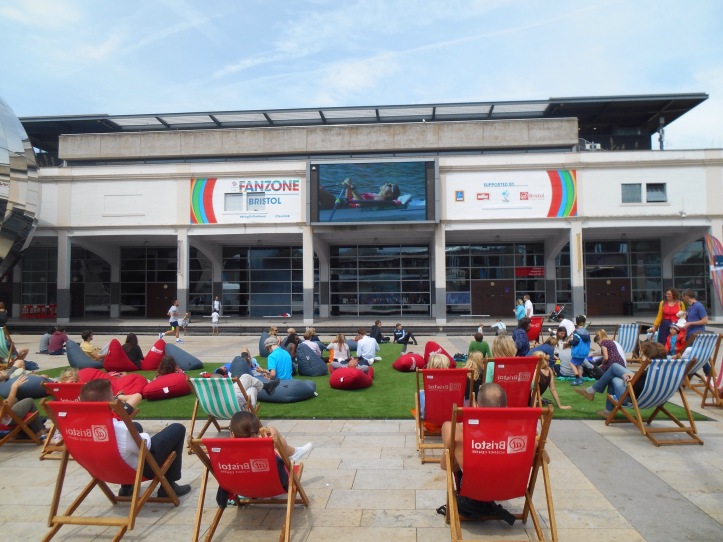 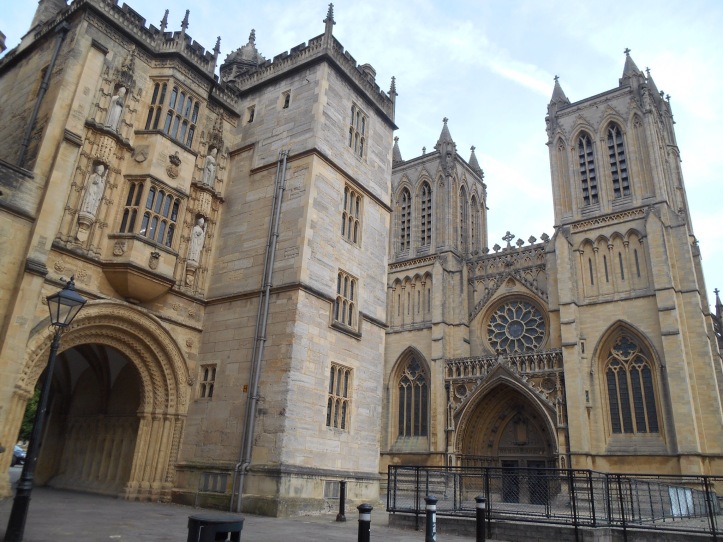 Bex and I had another birthday indulgence for celebration week and had booked in for afternoon tea at the Avon Gorge Hotel which looks out at the Clifton Suspension Bridge. Fancy towers of finger sandwiches were followed by scones, cakes and melting macaroons. In the sun we lolled lazily across the bridge. 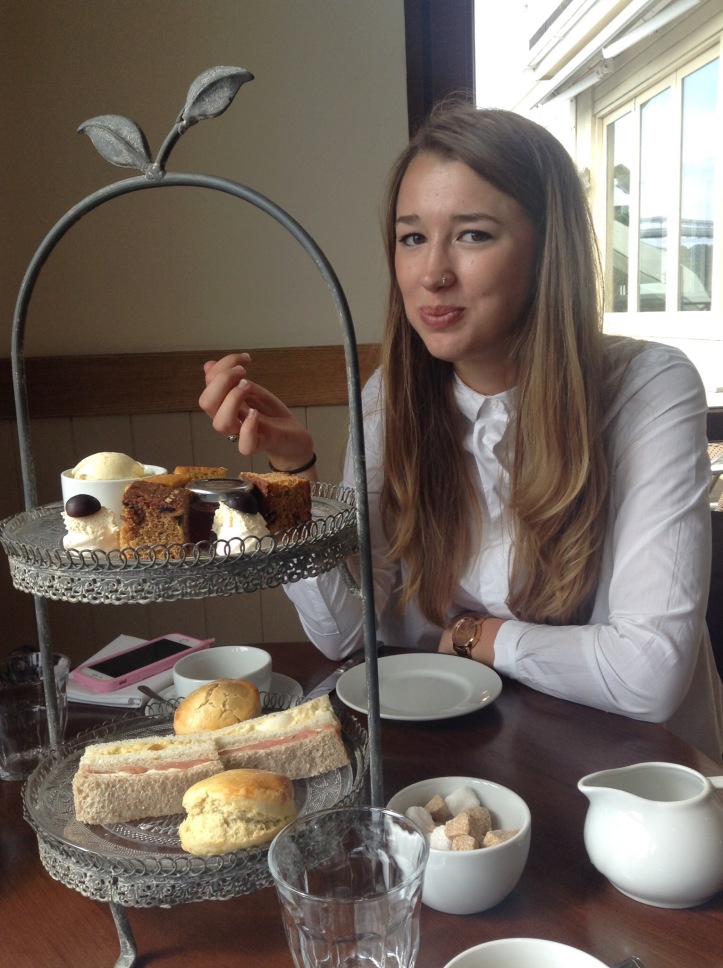 Bristols final ‘B’ is balloons, it’s hot air balloon fiesta putting it on the map each August. As it was opening night, anticipation was building for its fireworks and light display. Bex and I got a cider and began exploring the various stalls, our favourite, watching people attempt to beat the clock by hanging for two minutes and being egged on by the watching crowd.

After getting competitive in the games tent we headed for food and sought out the perfect spot for the balloon light show. After dark 25 balloons were raised, tightly packed into the arena. The music began and the lights lit up the sky magically. After a fantastic performance, fireworks ended the night.

Bex’s only birthday was a lie in. Still, we set the alarm for 5am to watch the balloons ascend over the Clifton Suspension bridge. Many were there setting up little picnics but unfortunately it was too windy for them to take off and we returned home for a long lie in (so she sort of got her wish?) followed by a leisurely breakfast and calls from the family.

We took a picnic to Slimbridge Wetlands to see Bex’s (and now my) favourite animal, the Flamingo. We sat having a coffee looking out over the Californian flamingos feasting, beating their wings and ruffling their feathers.

A walk around the park took us through all the other continents, each which seems to have its own type of Flamingo. Some had bright brilliant pink, others light pink with bright trim, others noticeably pink knee caps. We tried standing on one leg as long as possible but neither of us had the grace or finesse of this beautiful bird.

Our picnic (in the overflow carpark) was a wide array of goodies, then we headed home to begin the long prepping process for Bex’s birthday night out. Starting with a glass of sparkly, the night was great fun and a lovely opportunity to meet Bex’s friends and get to know her flat mate Pippa a little better.

She sent a slightly worse for wear version of me on the coach to London, sorted out slightly by coffee and a pizza, trying to ignore the fact it’s an open ended goodbye. Love you cherub, I feel honoured to know you as a person, let alone a sister! Xx