Fit for a King – Ghanareo

As we have explored Rajasthan we have truly been taken to some hidden gems. Another surprise was Ghanerao, a small village on the way to Udaipur which I couldn’t find in the lonely planet. As we pulled in, cows dominated the traffic and scenes of rural life turned into a small settlement. We were dropped at the Royal Castle, not for a visit, this was to be our home for the night. With no other guests, this place was exclusively ours. It was 450 years old and belonged to the Maharaja, run now by his grandson. The place had been restored exquisitely and each of us were paired into a suite of our own, Bex and I had a twin room with living room, ensuite, private temple and access to the rooftop balcony.
We escaped the afternoon heat in the pool, and early evening we strolled though the small lanes of the village getting lost amongst them. The children boldly followed us asking to be in photos with us, not like elsewhere where they wanted to keep the photos, no they wanted us to take them on our cameras. Puppies, piglets and tufty goats stole the attention away from the ramshackle architecture, some of which was grand and some of which may be the most basic we have seen. A man called for his clarinet as we passed and played us a tune from a clarinet probably not tuned since Indian independence. As sun was setting, we grappled our way back, needing reassuring despite David’s bold statements ‘it’s the tallest building here, it will be easy to spot!’ 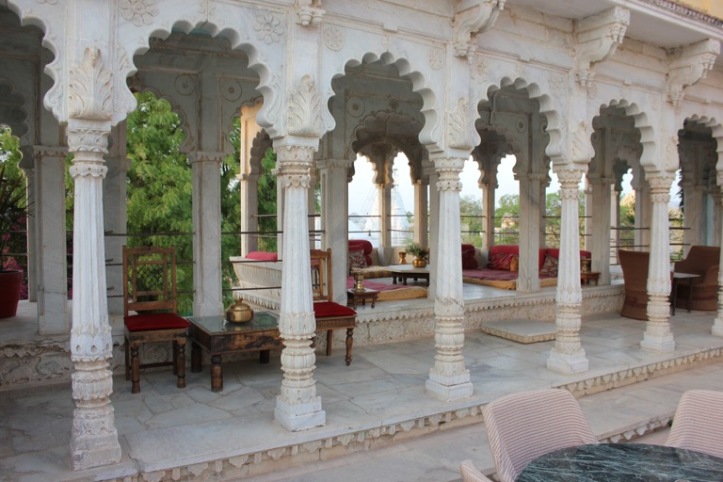 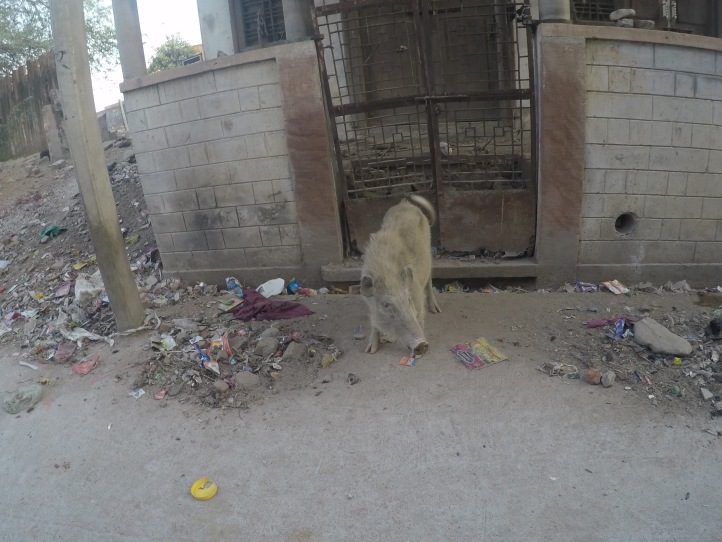 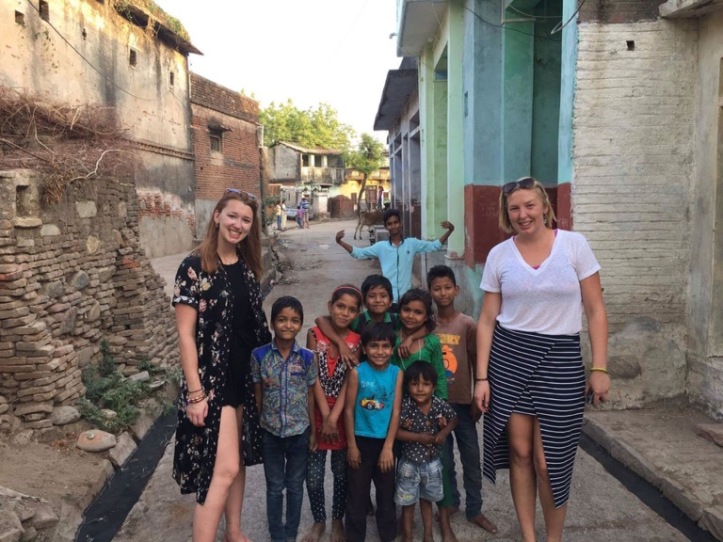 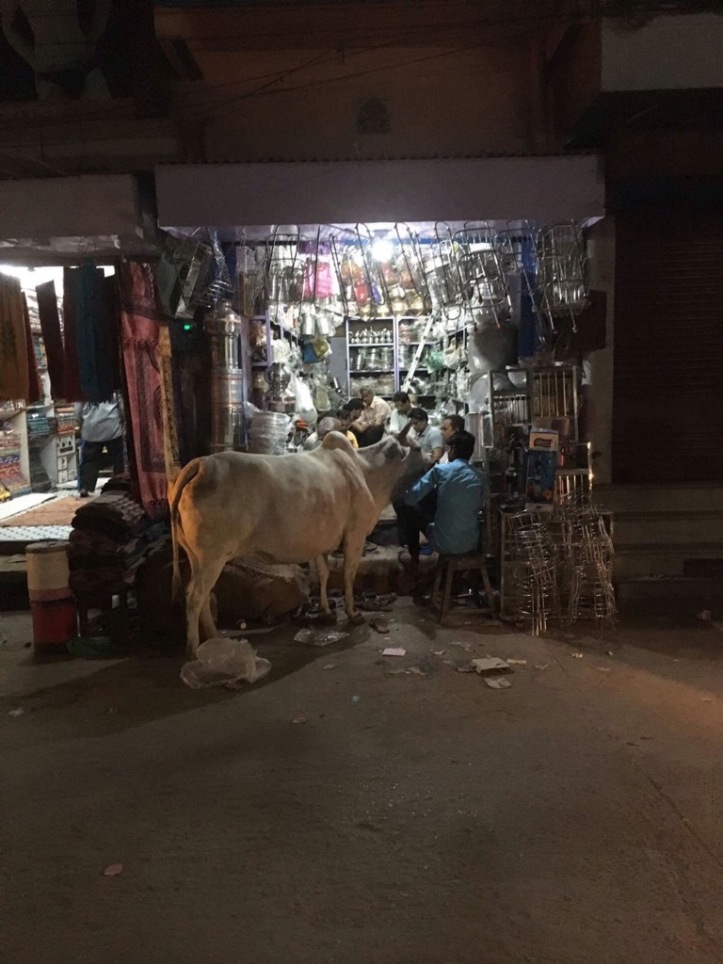 Again we had the staffs full attention as an Indian banquet appeared before us and the Maharajas grandson popped by to see how we were enjoying our stay, sharing a little about his ancestors and recent marriage. After being princely for the night, we journeyed on to Udaipur, a highly anticipated stop. 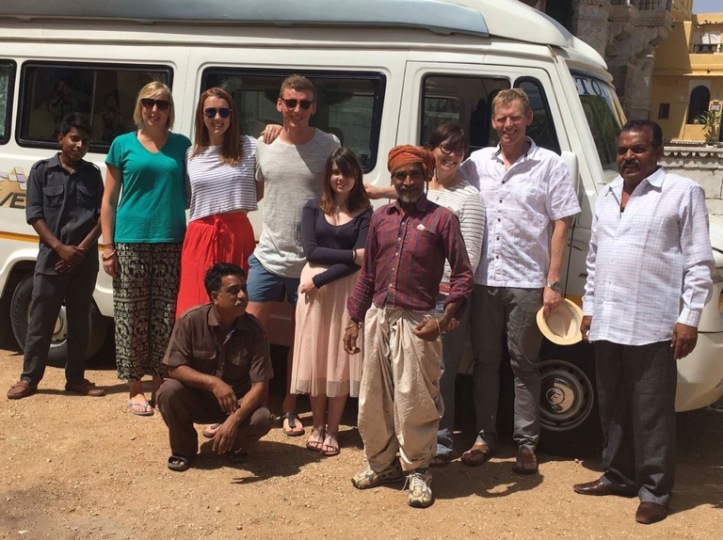