The town sparkled like a bejewelled bride over Christmas. Festivities brought frenzy of activity to the town. As with any international community, everyone contributes their own traditions. On Christmas Eve we enjoyed an al fresco mulled wine around the fire pit while a band sung Fairytale of New York. 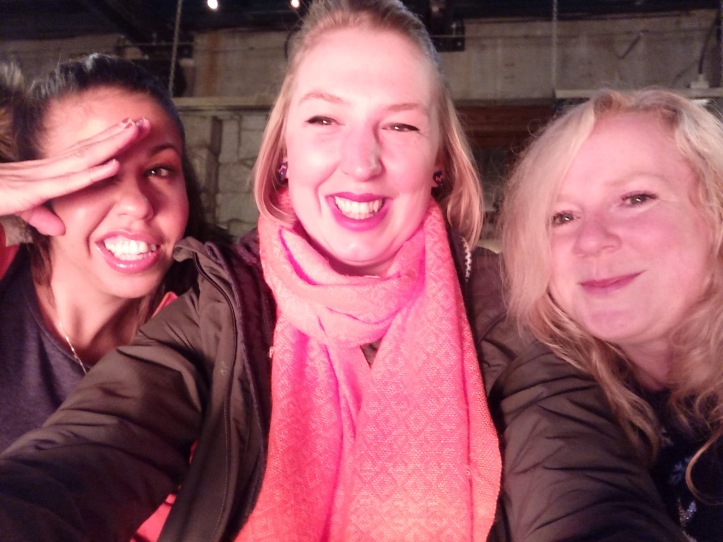 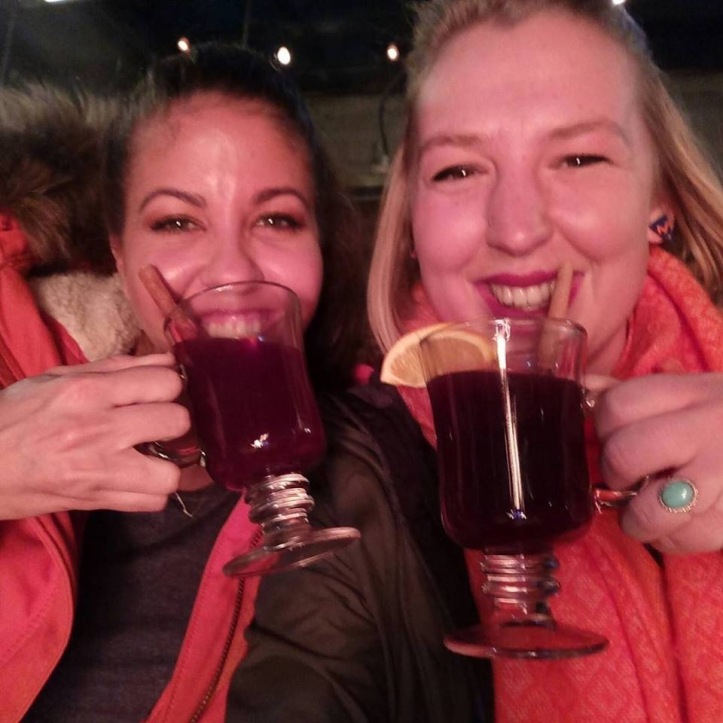 Christmas Day was low key and in the evening a group of us went out for an ‘orphans’ Christmas dinner acknowledging the fact we were each other’s family whilst removed from our own.  The fiesta fever continued into the new year with fireworks chiming the welcome of 2018. Whistler has been an incredible opportunity to be part of amazing experiences, many uniquely Canadian. Here is what has been keeping me busy;
With the worlds fastest sliding centre metres from my doorstep, I have been incredibly privileged to get an insight into the sliding community at some world class events. The ICC, North Americas and World Cup all frequented the ice in both Bobsleigh and Skeleton during November and December. Following the excitement I was able to try piloting a bobsleigh myself. Partnered up and sliding from corner 3, the centre organised our very own competition. We had a forerunner as is best practice, to test the conditions and we were timed to fight for the podium slot. In two person bobsleighs, each person got a chance to be pilot and brakesman. As the breaksman you were at the back feeling the full pressure of the G force pushing your head down, feeling as if you were in a washing machine. The 118km you accumulated to travel the track in just over a minute felt thrilling and as you began the uphill shoot over the finish line, you had to apply the claws to create friction. 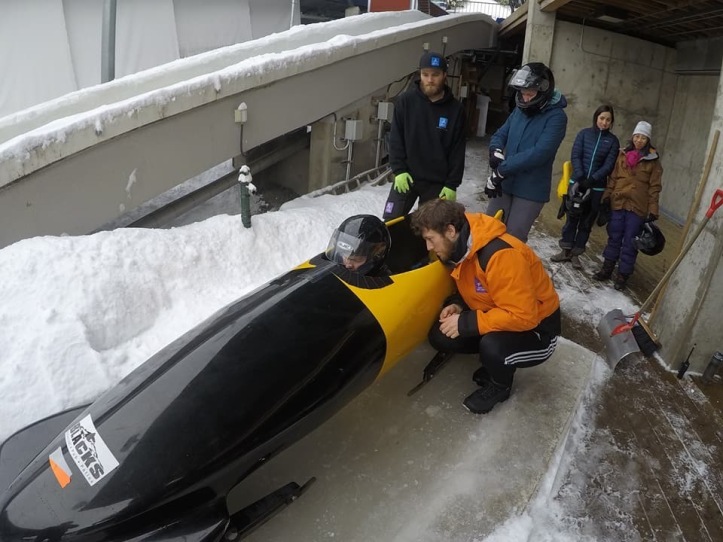 Feeling dazed and a little bit bashed around it was time for my second go as pilot. We were loaded with our sled and driven back up to the top of the track where I sat in front, my trusty co pilot behind unaware of what she was in for. With two rudimentary levers you controlled what essentially feels like a bathtub hurtling on at 118kms an hour. The key is to be gentle in reacting to the many twists of the track. In the front, eyeline peaking over the top of the bob, you have better vision and escape the full force, so feel much more in control of the race. I didn’t make podium. Maybe I forgot my lucky egg?

In other snow related adrenaline feats, we headed to Cougar mountain to try snowmobiling. We kept being reassured it was like driving a jet ski, however unaware to what that would be like, it was going to be a learning curve. With two skis on the front and a caterpillar on the back, these large machines handle like quads on the snow. The guide toured us through spectacular terrain overlooking snowcapped peaks and valleys, then began challenging our control with corners, ramps and drops. With faith in the machine you could get some serious speed and it was fun to be in the drivers seat. 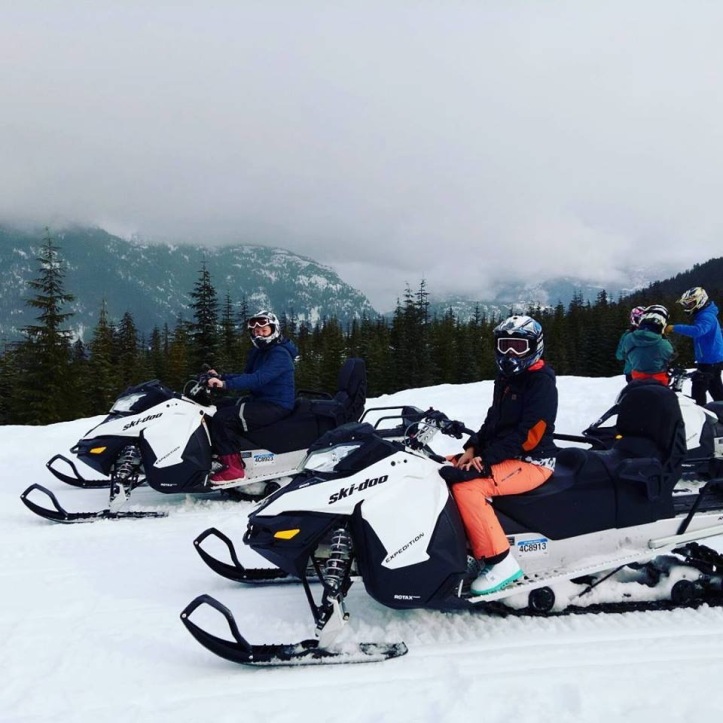 A month later we got to try out the beasts for a second time, this time at night. Wearing as many layers as physically possible, we prepared for our excursion. Being on the mountain at night was with the night beasts, the groomers, maintenance, staff prepping for the following day was like being behind the scenes in a familiar movie. We wound up the mountain to the mid point where a flat open area allowed us to one by one test the throttle of our machines. Pushing them to their max we hurtled along, steering slowly into the corners to restart the lap again. Once we saw what they could do, it was hard to bob along in line behind the guide, but once at the top we enjoyed a hot chocolate looking out over the twinkling village below.

The Canadian answer to darts, or a gun range is throwing axes. It helps if you wear red plaid shirts to channel your inner lumberjack but it turns out there is not only a technique but many different methods to throw an axe. Imagine backwards, upside down, two at a time, these guys can teach you to chuck anyway. As a staff party we went not once but twice to test our arm accuracy. After a good amount of target practice, it was competition time. In our teams we played variations of around the world, races to complete different sequences or get the most points. It was a good way to bond.

Of course, you can’t call Canada home without at least pretending to understand Ice Hockey, or simply ‘hockey’ in Canada. Monique and I went to see the Vancouver Canucks (second bottom in the league) take on the Nashville Predators (top of the league) at the Rogers Arena. It was a close match with the underdogs leading for much of the game. They lost in overtime and there was no stop and handshake. The Canucks were in the changing room before there was time to realise the game was over. Still it was a great atmosphere with kiss cam, goal sirens and people wearing popcorn carriers just like you learn to expect in the movies. The funniest moment, aside from the over keen kiss cam contestants, was seeing an opposition team member be stuffed inside the small goal, face pressed into the net. The goalies big knee pads and foam hands reminded us of origami, perfectly collapsing down to prevent goals.

Living on Blackcomb Mountain invited lots of other ways to move across the snow. The tube park turned out to be a great exhaust yourself on blow up tubes as you were flung down the snow lanes, open spinning, sometimes in pairs or threes to pick up extra speed. There was also sleigh rides for a more leisurely discovery of the hillside. Laden with blankets, two hardy horses pulled us along a winding track to a hidden cabin, where once again hot chocolate was awaiting.

In an invite to the whole team, Eddie organised a night ice skating at Olympic Plaza. He posed the idea with the statement, ‘if anyone is mildly interested in getting their bum soar, please let me know’ which got a lot of responses references butts on rockets, soaring through the sky. When it came to giving it a go, we could choose hockey skates or figure skates. For some of us (Corey) it was hard to progress from the support trolleys which assist children. For others (Eddie)it was fair game to challenge a group of children to a game of ice hockey. In the end I’m pretty sure he was the only one who got his bum sore!

In a strange way, I feel so used to winter it’s almost like its a permanent fixture. You’re aware of the cold yet you just expect it, rarely acknowledging it. Trudging through snow is a daily habit and every day away from the office is filled from start to finish with lapping the hill. As the days turn warmer, the realisation that the landscape and the lifestyle is going to change is filled with excitement yet a little lament.